ADHD and Autism Symptoms In Girls – My Spectrum Heroes

Autism and attention deficit hyperactivity disorder (ADHD) are cognitive disorders that may appear to share similar traits at first, but upon closer assessment, demonstrate distinct characteristics. The symptoms also appear to affect genders in different ways as girls may not display signs of either disorder in the same way as boys.

The signs of autism in girls include:

If these symptoms are subtle, a girl who has autism is more likely to be underdiagnosed.

Symptoms of ADHD that may be present in girls are as follows:

These symptoms are typically accompanied by the classic signs of ADHD that include hyperactivity, impulsivity, and inattentiveness.

The dramatic differences in symptoms between boys and girls may cause autism or ADHD to go undiagnosed in girls, especially those with high-functioning autism. Therefore, caregivers must advocate for girls who they believe are demonstrating behaviors that may indicate the presence of either disorder. A proper diagnosis puts children on the path to progress. 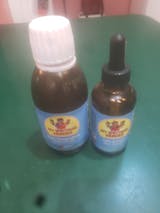