The 10 Most Common Signs of ADHD – My Spectrum Heroes

Attention deficit hyperactivity disorder (ADHD) is a complex neurodevelopmental disorder that can dramatically alter a child's way of life.

In particular, the symptoms of this disorder can make it hard to succeed academically or socially. The characteristic behaviors of ADHD are described below.

None of the symptoms that were described indicate a lack of intelligence, laziness, or simple behavioral problems.

This neurodevelopmental disorder makes it hard for children to process information, their settings, and other people’s feelings properly. Early diagnosis and intervention can greatly improve quality of life for children with ADHD.

Studies have shown that many of the common symptoms listed above may be improved with nutritional support. By addressing potential dietary deficits, My Spectrum Heroes™ ensures that children can receive the vitamins and bioactive compounds that are needed for the healthy growth and maturation of their brains and neurocognitive functions.

Since research has shown that children with ADHD may have food, dye and flavor sensitivities, our formula is extra gentle and made to our strictest standards with no unwanted additives. Our formulas avoid the use of any gluten, soy, casein, or artificial dyes, flavors, or sweeteners. Click Here to learn more 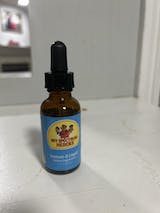 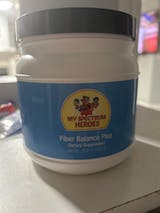